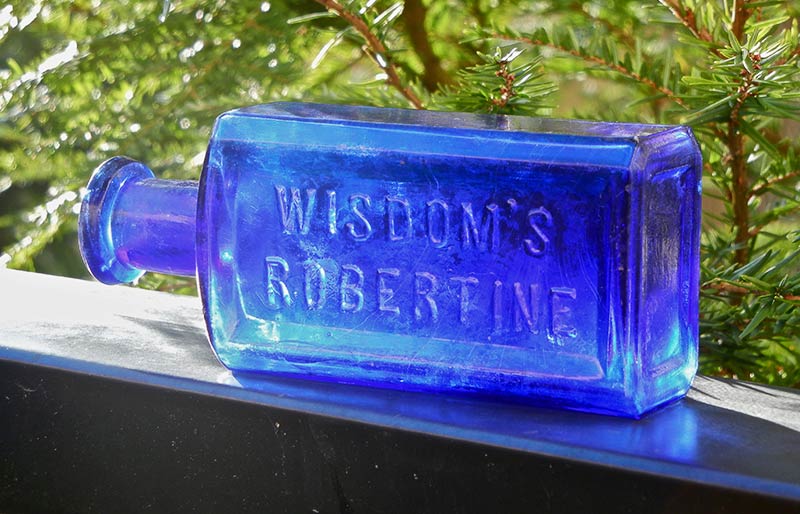 The beautiful cobalt blue Wisdom’s Robertine bottles held a popular cosmetic product that was advertised provide a “smooth, beautiful complexion. This harmless liquid drives away sunburn, tan, sallowness, freckles, blotches, etc from face, neck, arms and hands. It clears and beautifies the muddiest complexion. Begin a liquid it is easily and quickly applied, and no one can detect its use. A decided acquistioin to every lady’s toilet. For sale by all druggists everywhere at 50c a bottle.”

The product was first developed by W.M. Robertine of Portland, Oregon in the mid 1880s. Wisdom was a pharmacist at the time and has a drug store at the corner of First and Stark. An 1889 article in the Morning Oregonian raved of his drugstore as “the most elegantly fitted and appointed in the West to cater specially to the tastes of the ladies. In this effort he has been pre-eminently successful and he has today the credit for manufacturing the greatest beautifier and preserver of the skin known to the world. Wisdom’s Robertine is at present time sold all over the United States…”. The article goes on to note that Wisdom manufactured the product in the back of the drugstore and allowed patrons to watch and “note carefully the care taken by Mr. Wisdom in the distilling and mixing of the ingredients of this most valuable preparation.”

Advertisements show that Wisdom kept a New York office as well to manage the distribution of his products (under the name W.M. Wisdom $ Co.). His other products included Robertine Powders and Violet Cream. By 1910 the product had grown so popular that manufacture rights belonged to Blumauer-Frank Drug Company, the most successful and largest of Portland Oregon drug companies at that time.

Wisdom used elaborate trade cards extensively in advertising his products. Below are some of the examples that can be found online. 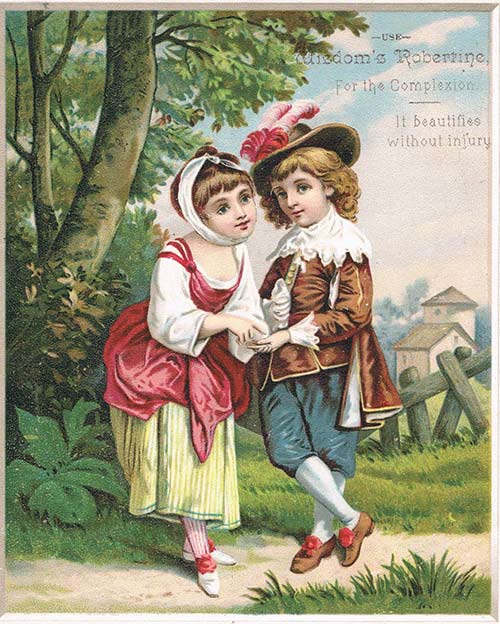 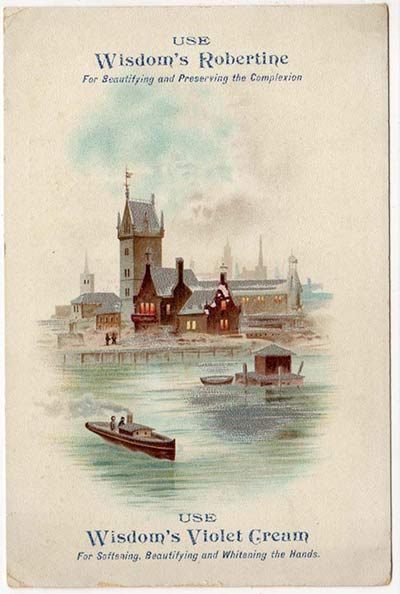 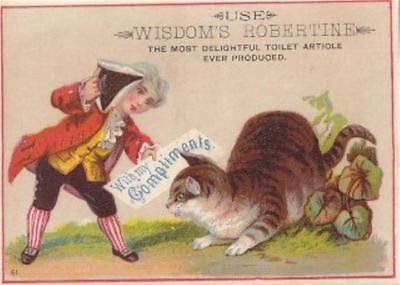 W.M. Wisdom stood for Wesley Monroe Wisdom. He was born in Missouri in 1856 and crossed the plains with his parents when he was a small child. He was married twice, first to frances Brown in Baker City, Oregon in 1881. His second marriage was to Mrs. Ida Ackerman in New York City. His brother M.D. Wisdom was a partner in his Portland drug business for some time. He was ultimately remembered as “one of the best chemists in the Northwest…” (source). 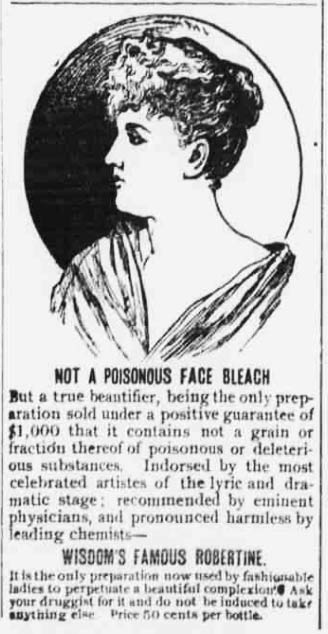 A 1901 ad from the Morning Astorian 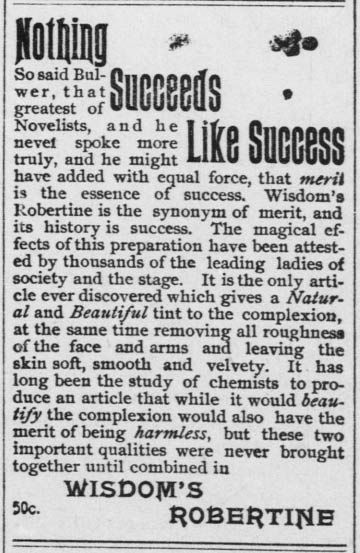 I am aware of a small unembossed cobalt version (see picture below). Donald Darnielle recently shared with me an image of a clear prescription bottle embossed W.M.Wisdom Prescription Druggist Portland OR. This likely held one of Widsom’s other products available from his store. Donald took the picture at bottom right just after the bottle was dug. If you have different variations in your collection or have dug this bottle outside of the Western United States, please share using the contact form at right. 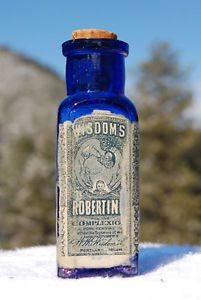 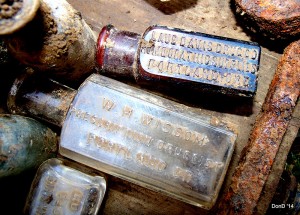