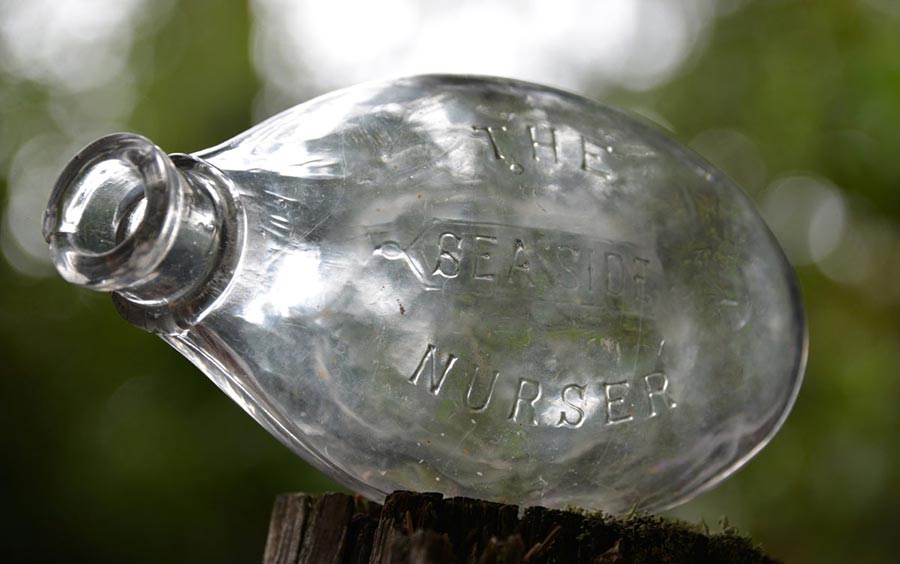 This antique bottle is a nursing bottle. It would have been filled with milk and fitted with a rubber (or similar material) nipple and used to nurse infants. There is a very wide range of shapes and sizes for these types of bottles, but in general they have an ovoid pumpkin-seed-eqsue body with a flat side and a short neck. Earlier examples often have a pewter nipple.
Not too much is known about this particular variant. Searches online yield a 2000 response from Digger O’dell who noted that the item is a called a Turtle Nurser due to it’s shape. From Digger O’Dell:  “It was originally fitted with a tube and nipple.  The Seaside Nurser comes in both clear and aqua and the earliest ones date to 1878.  In 1898, they were advertised as selling for 60 cents a dozen.” (Source)
Seen below is The Seaside Nurser and other freshly dug bottles on the day it was excavated (2011)

A search for patents shows that inventors were constantly attempting to redesign and improve these nursing bottles. Many of the patents are titled “Improvement in Nursing Bottles” and the improvement usually is focused on tweaks to the mouth, nipple and method of feeding. Examples patented close to 1900 also begin to incorporate a separate valve/stopper in the body of the bottle to provide admittance of air to take the place of milk withdrawn. The design above comes from an 1882 patent by E.O. Day of London, England and is the closest to the shape of The Seaside Nurser that I could find. In the patent Mr. Day notes that prior designs are allow the milk to spoil too easily, yet his design utilizes hard india-rubber which does not collapse and will not be “impervious to the chemical action of the milk”. 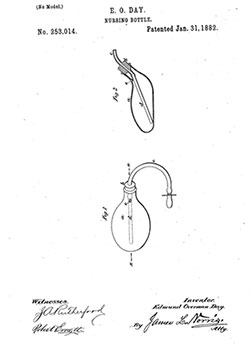 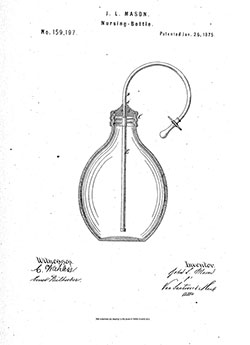 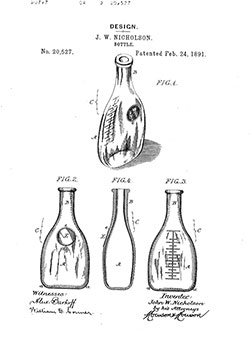