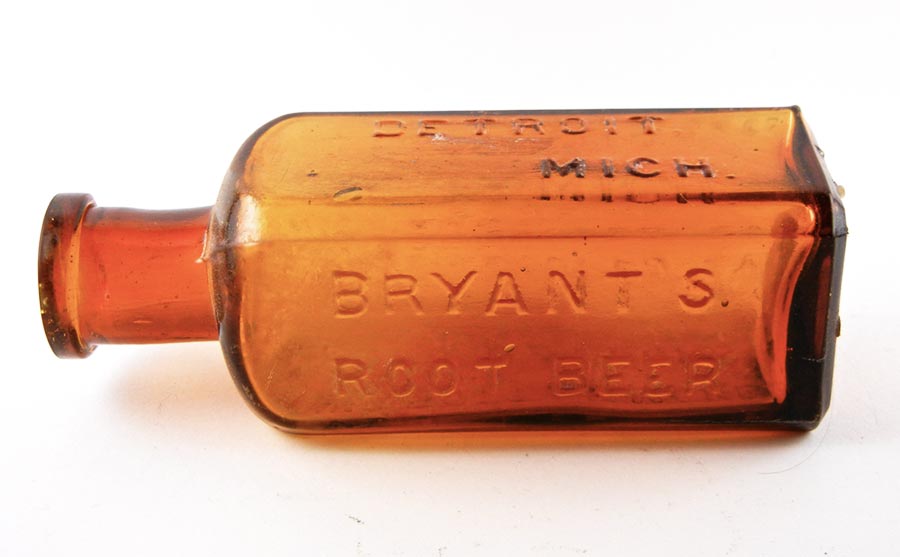 In the late 1800s, Root Beer was often marketed with a strategy similar to patent medicines. It was usually sold by the local durggist and advertised as a purifier of the blood and stimulant for digestive organs. Bryants Root Beer was marketed as a “nerve tonic” and “a general stimulant”. It was often sold as a concentrate powder in small bottles, and it was up to the purchaser to mix the powder with water to make the root beer drink. Root beer bottles often advertise how many gallons they are capable of producing, with the Bryan;ts bottles all embossed one on panel with “This Bottle Makes Five Gallons.” The bottles were sold for 10 cents and were often sold as alternatives to liquor. 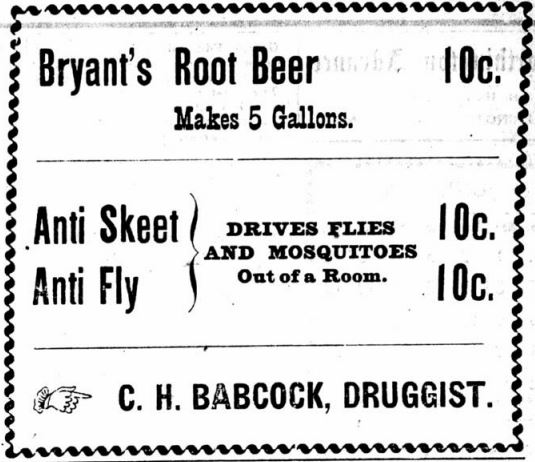 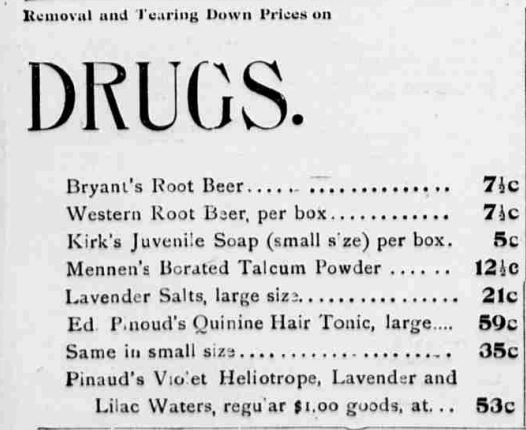 This 1897 ad from the Omaha Bee shows the price dropped to 7.5 cents during a store closeout. Source 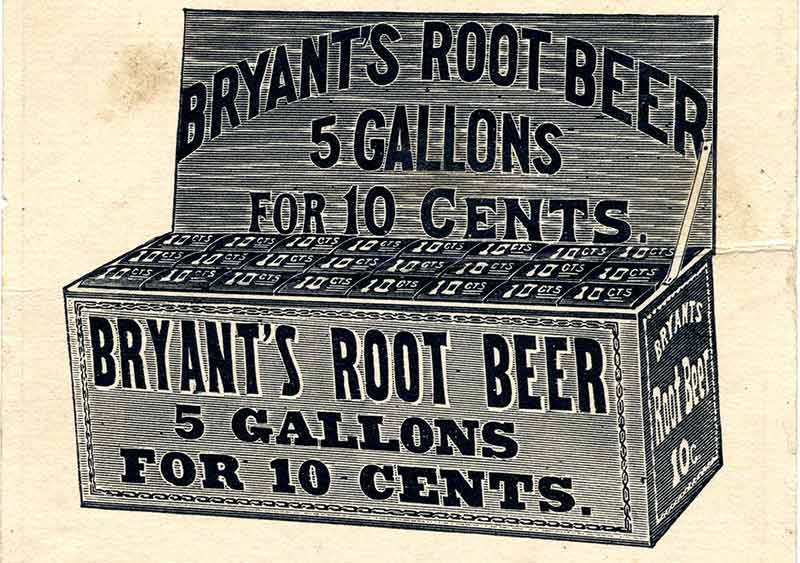 In a 1910 Board of Health Report from the State of Massachusetts, Bryant’s and numerous other root beer products was found to include alcohol in the mix.  The inspection came following the 1906 Pure Food and Drug Act and the general social anxiety about substance abuse and mislabeled products. The temperance movement was on the rise during the early 1900s and there was widespread rejection and potent nostrums in favor of safer medicine. In reaction to this movement, root beer (and other soda products) ultimately dropped the health claims from their advertising. 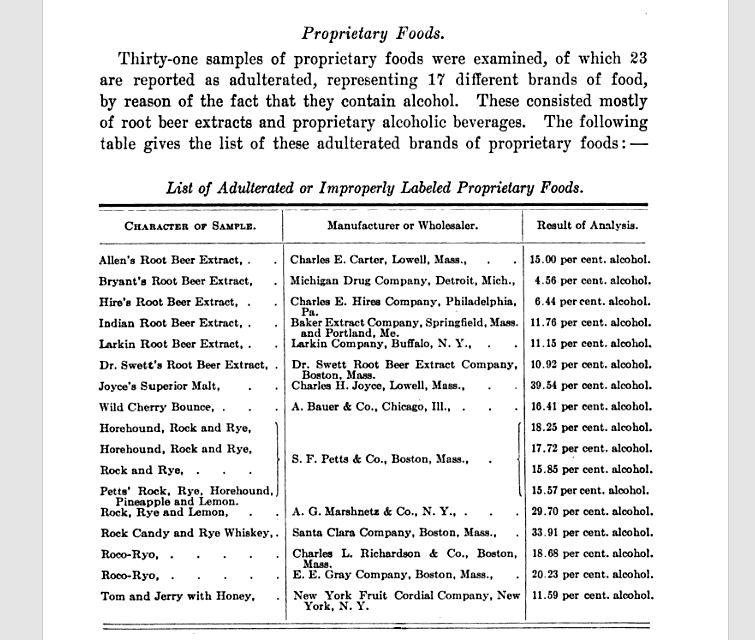 Bryant’s Root Beer extract bottles come in shades of amber from light to dark, and can also be found in clear and pale aqua. There are several variations of bottle embossing. The bottle shown at top is embossed over four panels with BRYANT’S ROOT BEER / THIS BOTTLE MAKES FIVE GALLONS /MANUFACTURFD BY WILLAMS DAVIS BROOKS & CO.,/ DETROIT, MICH.